Any idea you have is 85 phone calls 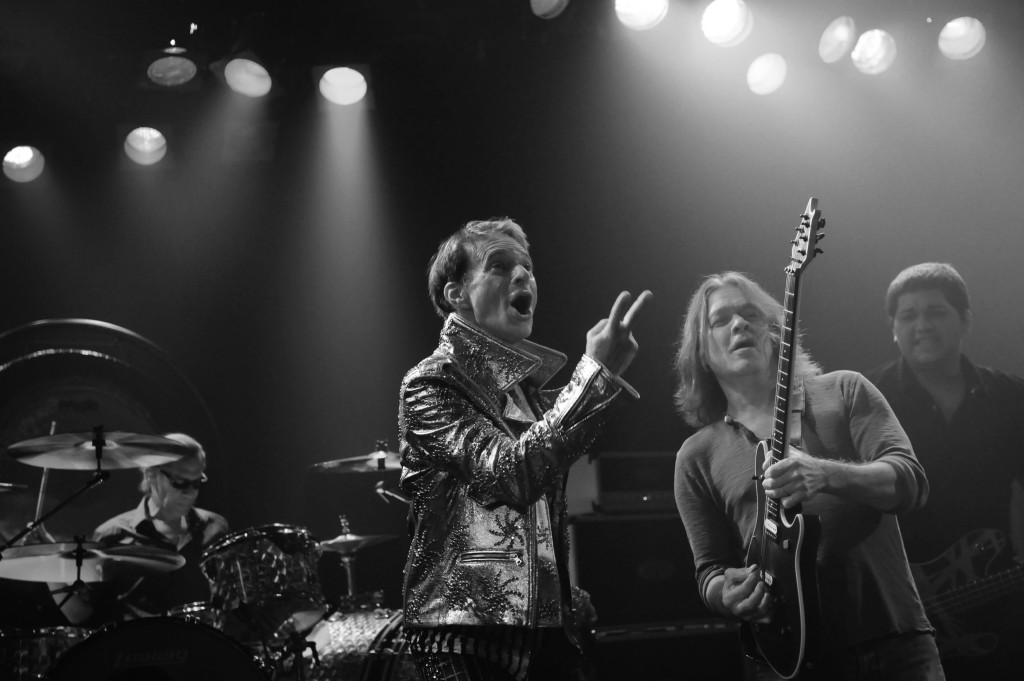 Are you prepared to bring an idea to the finish?

Van Halen lead singer David Lee Roth is the archetypal rock ‘n’ roll frontman. Super-bright and high-energy, he also happens to be extremely articulate about the creative process, and famously ass-kicking in his ability to get stuff done.

In this interview from last year, he gets to the heart of the distinction between creativity and execution. It resonated with me, and I wanted to share it:

We start way, way, way in advance, ’cause we are eminently art-centric, which is a really fancy way of saying we really do generate all the artwork, the graphics, etc.

We don’t hire out and have somebody design a bunch of album covers for us and then choose…. We start from scratch ourselves. Same thing with the merchandise — if you buy a T-shirt, that was designed, literally, in my living room. On and on… stage design, lighting rig, putting the show together — it takes about a year and a half, 18 months.

Because any idea that you have is 85 phone calls.

Anybody can go, ‘I got an idea, it’s a stage that’s shaped like, uh, like a square on top of a circle.’ Great, my question never was, ‘were you able to dream up a stage design,’ my question is, ‘are you prepared to do the 87 phone calls that are about to follow now, to make sure it came out the way we decided.’

And then there’s another 80 phone calls that are gonna follow that because we have to figure out how to take the fuckin’ thing apart and put it in the trucks and buses. And, and, and.

So if you really want to generate the ideas from scratch and bring them all the way to the finish, you’re gonna have to learn a few other languages, and you’re gonna have to speak those over a lot of extra phone calls. And that’s usually the break point for most artists.”