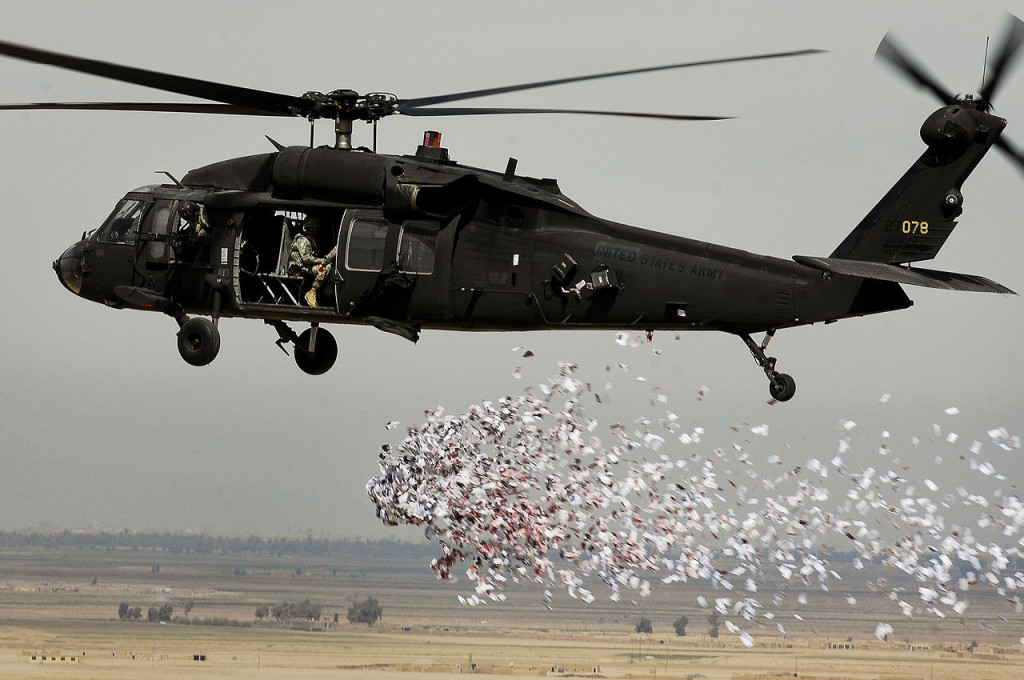 Being a branding expert in an age when everybody thinks they have a branding issue (and are usually right, at least in some respect) leads to some interesting conversations. And not just on airplanes.

By a lucky accident, a fortnight ago I was pulled into a meeting with a high-ranking British military officer who has been given the following task (I paraphrase): “To create a comprehensive organisation within the armed forces which can integrate and deliver the non-lethal and non-military effects necessary to change or maintain behaviours in foreign territories.”

In other words, a military department of persuasion: part psy-ops (black, grey and white), part media affairs, part reconstruction. (Of course these functions have long existed within the military, but in Britain as in many countries, I gather, they’re now being reorganised.)

I was introduced at the outset by the meeting’s organiser as a “brand strategist and creative strategist.” In the course of the discussion, I offered some suggestions regarding how to go about building a certain kind of organisational culture — one that borrows as much from creative agencies as from normal military divisions.

Overall, though, I did a lot more listening than talking, and I took away some useful concepts, including one in particular that I intend to field test in my own consulting operations.

I consider myself more of a disciple of the War of Art than of the Art of War, but as a truth seeker, I will take lessons wherever I find them. And one of the topics that arose in the discussion that I took note of is that in the realm of persuasion, the military divides its thinking into three vectors:

Actors are the military and non-military players in any situation (ostensibly the good guys, from our perspective); adversaries are the opposition (this is enemies, and those siding with enemies); and audiences are those who matter somehow but aren’t directly participating

Think of the clarity, and the challenges, this brings. When this lens is applied, the army sees that to achieve victory, it needs to do more than than just subdue the main enemy on the battlefield. It needs to win (or partially win, or not lose, or not get trounced, or something) across several very different conflicts at once.

The combination of simplicity and robustness of the actors/adversaries/audiences model is noteworthy, and strikes me as readily adaptable to civilian use. Certainly it is a far more interesting and effective way to view the world than the lazy designation “target groups.” And next time I sit down with a client to analyse a branding problem, I just might try it on for size. (A heated argument, bound to ensue, about who’s an adversary — a nice little thought experiment, really – should make it worth the trouble all by itself.)

Final note: 1) Nothing secret, or even non-public, was discussed in the meeting. 2) I think it’s terrific that the British military is actively seeking private sector counsel on how best to increase its soft-power muscles; 3) There is some coverage of propaganda and soft power in the book I wrote with Simon Anholt, Brand America.

Of yaks and dinosaurs

Any idea you have is 85 phone calls