I have a terrific face for radio

Tyler Brûlé’s media wing — the redoubtable Monocle — has, since its third-ever issue back in 2008, featured my writing in its magazine’s pages from time to time, and since the launch of the Monocle 24 radio station two years ago, I’ve made regular appearances on air.

In Teotihuacan I continued this year’s ongoing experiment in eating insects, with white and red caterpillars and ants’ eggs; my client Mr X, adopting the persona of a nature documentarian (but failing to keep a straight face), made a short film of the escapade, “For science!”

I’m always up for a challenge.

Ever since getting into the field of branding and identity a decade ago, I’ve been drawn to challenges: post-war countries with no obvious visitor attractions who, nevertheless, want tourists (East Timor); regions that are mistakenly identified with a different country (Swedish Lapland, when Lapland is commonly thought to be a part of Finland); or the country with the most bombed hotel in the world, that’s also the home of the Titanic and Bushmill’s whisky (Northern Ireland).

With this track record, it shouldn’t surprise anyone that when RedIbero, the association representing the trade promotion authorities off all Latin American countries, asked me to attempt to create a coherent identity strategy for an entire continent, I said count me in. 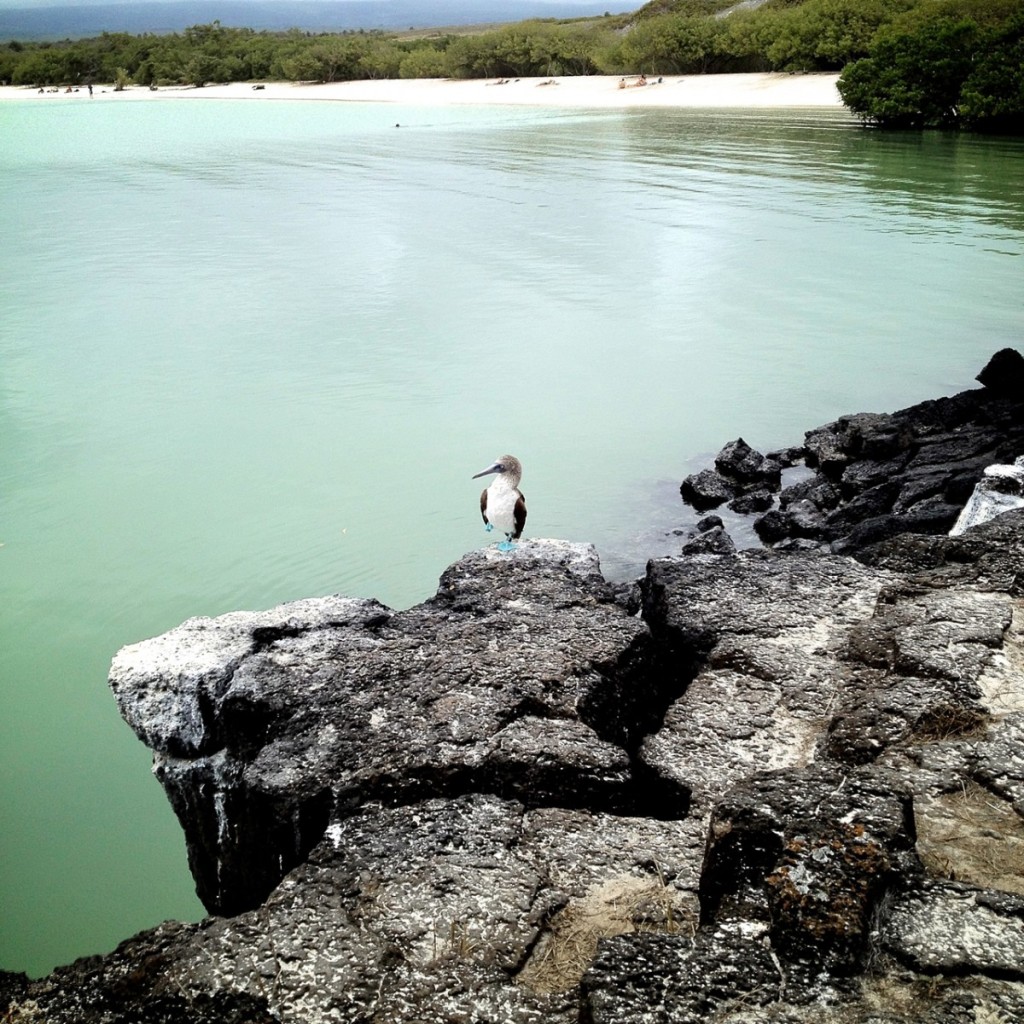 A blue-footed boobie holds a pose. “You have to tip him,” I told a very earnest lady after she took his picture.

Can I go to the Galapagos for 24 hours?

The travel agent in the hotel lobby laughed at me. “Yeah, you can do it,” she said, “but it’s crazy.”

I was in Guayaquil, Ecuador, for business, with some time to spare — just enough time for an overnight trip to the Galápagos Islands, a place people normally go for a week or two. It was ten minutes to 6pm, closing time, and the flight was first thing the next morning. I had to decide.

Frankly, although I made the appearance of hemming and hawing before plunking down my credit card, it was a foregone conclusion. The outcome was determined at birth, I think, for this is how travel is for me. If I so much as get in the orbit of some extraordinary place or event, I predictably succumb to its gravitational pull. And I’ve yet to regret my impulsiveness.

So I’ve now gone where The Beagle and the puritanical genius Darwin have gone and can briefly convey to you my impressions.

And the main thing is this: visiting the Galápagos is like being behind the bars at the zoo. This isn’t my turn of phrase — I picked it up from a Louisiana man with a 400m zoom lens I was talking to at the giant tortoise reserve — but it is my sentiment exactly. 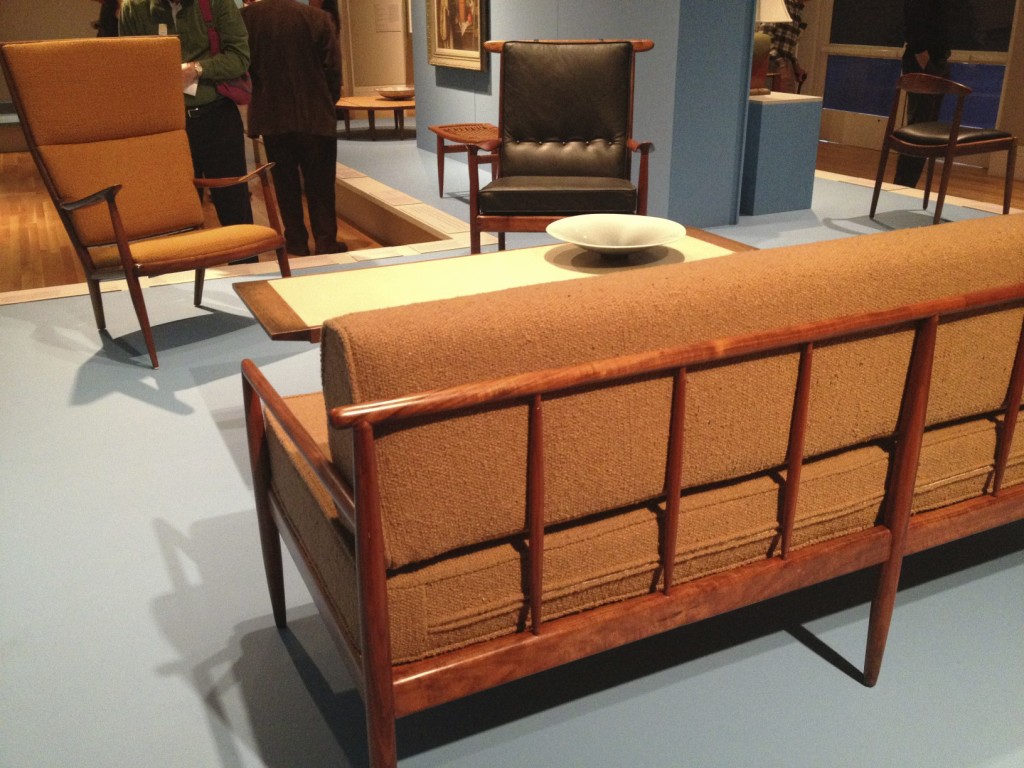 One of the things Steve Jobs knew was that motive matters.

Your motive is what’s in your heart and your mind when you’re making or doing whatever it is you make or do that people pay you for.

Steve Jobs gave an interview as part of a Smithsonian oral history project that’s one of the greatest things I’ve ever read, full stop. If you read this (along with the Playboy interview I’m about to mention), and you read between the lines, too, you can reverse engineer Steve’s worldview almost perfectly.

Walter Isaacson, in his Jobs bio, quotes from another equally lengthy and superb interview with Jobs, from 1985, for Playboy. Jobs’ recalls what his dad told him about one of the hallmarks of a real craftsman:

That’s a long run-up to my point: I had Steve Jobs on my mind when I visited the Huntington Library in Pasadena, California, to see an exhibition on furniture maker Sam Maloof. In The Wall Street Journal article that resulted from my visit, I couldn’t help but reference good ol’ Steve.

On the surface my article is about Maloof, an American midcentury woodworker-modernist who became a legend in his own time. Beyond that however, it’s about integrity and motives and bringing soulfulness to your work.

Since it lives outside The Wall Street Journal‘s pay wall, you can read it for free here.

My gift for connecting the previously unconnected

One of the pleasures of doing interviews is that I discover there are things I didn’t know I knew till an interviewer provoked me to say something pithy.

This is why I rarely decline an interview invitation, and why I hope it shall always and ever be so.

This one I gave in Serbia recently has a few nuggets of wisdom in it (if I do say so myself). The interview was for some local business magazine or another (it’s hard to keep track, and even when they promise to send you a copy of the published piece, they actually do it about 10% of the time. But I don’t do it for them, anyway, or for the PR – I do it as a pop quiz on myself, and for the chance to share whatever I know with whomever happens upon it.

What does it mean, ‘place branding’?

The brand is the impression, the reputation, the ideas people have about you in their minds. Branding is the art of trying to change or embellish that.

I’m curious about everything, and I have a mind that likes to synthesize things, to put seemingly random things together. For instance, when I helped develop a new identity for London’s tourist board, I remembered that despite London’s wet reputation, it’s actually one of the driest capitals in Europe. So, I wrote a slogan which they used for awhile: “Visit London: It rains more in Rome.” (That is a fact, by the way. You can look it up.) 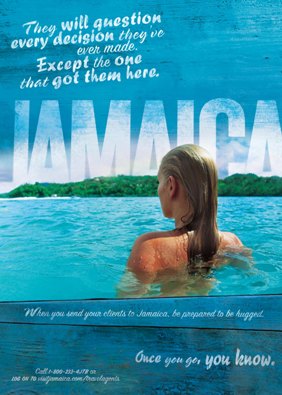 My copy of Ogilvy on Advertising sits on a shelf miles from here. I wanted to re-read the section on advertising tourism for Jamaica, as that might be the closest this genius of promotion came to weighing in on nation branding. I found, however, a student’s book report which summarizes Ogilvy’s tips on tourism advertising: “Ogilvy then addresses how to advertise foreign travel. A classical campaign in travel advertising is Doyle Dane Bernbach’s (DDB) Jamaica campaign [from 1960s]. When Ogilvy started an ad campaign for Britain, it was the fifth most visited European country by the time he wrote this book it was first.”

About the communications side of nation branding, David Ogilvy says:

Everybody, please take particular note of 1, 4 and 5 on that list. 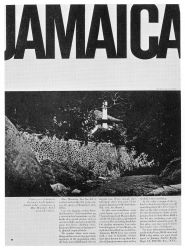 Now, a final, and separate, point about these particular Jamaica ads, I want to draw your attention to the original campaign. The only example of it I could find online is at the AIGA archives. It’s a grainy black and white full-page magazine ad from 1964 that shows a photo of the Blue Mountain Inn followed by an evocative long-copy story:

Under cover of darkness, the town’s lonely bachelors climbed to this secluded inn on Blue Mountain. And it wasn’t for dinner.